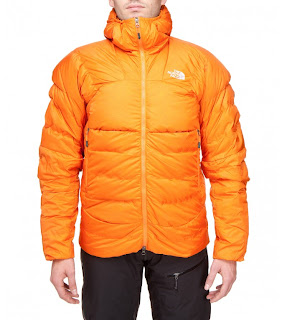 The North Face athlete Andy Houseman used the new Shaffle Jacket on his repeat of the Slovak Direct on Denali. A world class ascent in some very challenging conditions. Check out the spindrift avalanche at 11.10 in the video below! Not quite in the same league but I have the opportunity to test this jacket and a few other North Face products over the next few weeks in the Himalaya while guiding on Island Peak and a 'solo' attempt on Ama Dablam.

The Shaffle is an alpine down jacket aimed at fast and light ascent of 6-7000m peaks. It was developed for the successful ascent of Meru's Sharks Fin by Conrad Anker, Jimmy Chin and Renan Ozturk. First impressions suggest that it feels a lot warmer than 200grams of 800 fill down would suggest. My current jacket for peaks such as Ama Dablam has 325grams and is almost half a kilo heavier than the Shaffle's 808grams. It appears to be very much a over layering jacket to be used in conjunction with a well thought out system of clothing as opposed to a big warm jacket to throw on over a thermal at base camp. Andy Houseman described the basics of his system in this interview with UKClimbing.

The most interesting aspect of the design is body mapping where extra down is held securely over heat sensitive areas and areas that are compressed by a harness have less. This makes a lot of sense but does give the jacket an unusual silhouette from a few angles! The rest of the features have been designed specifically for the climber with internal water bottle pockets, high chest pockets and a helmet compatible hood. The internal cuff that The North Face use on a number of their insulated jackets feels great and helps to protect the vulnerable wrist area.

I will write an in depth review on my return from Nepal but initial impression are very favorable and with this in my bag I've opted for a lighter sleeping bag for my planned bivi on Ama Dablam.

Popular Posts from the last 30 days... 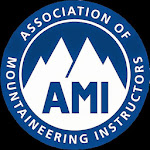 Working with The North Face 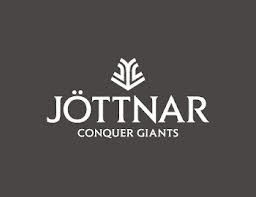 Full Member of The Alpine Club